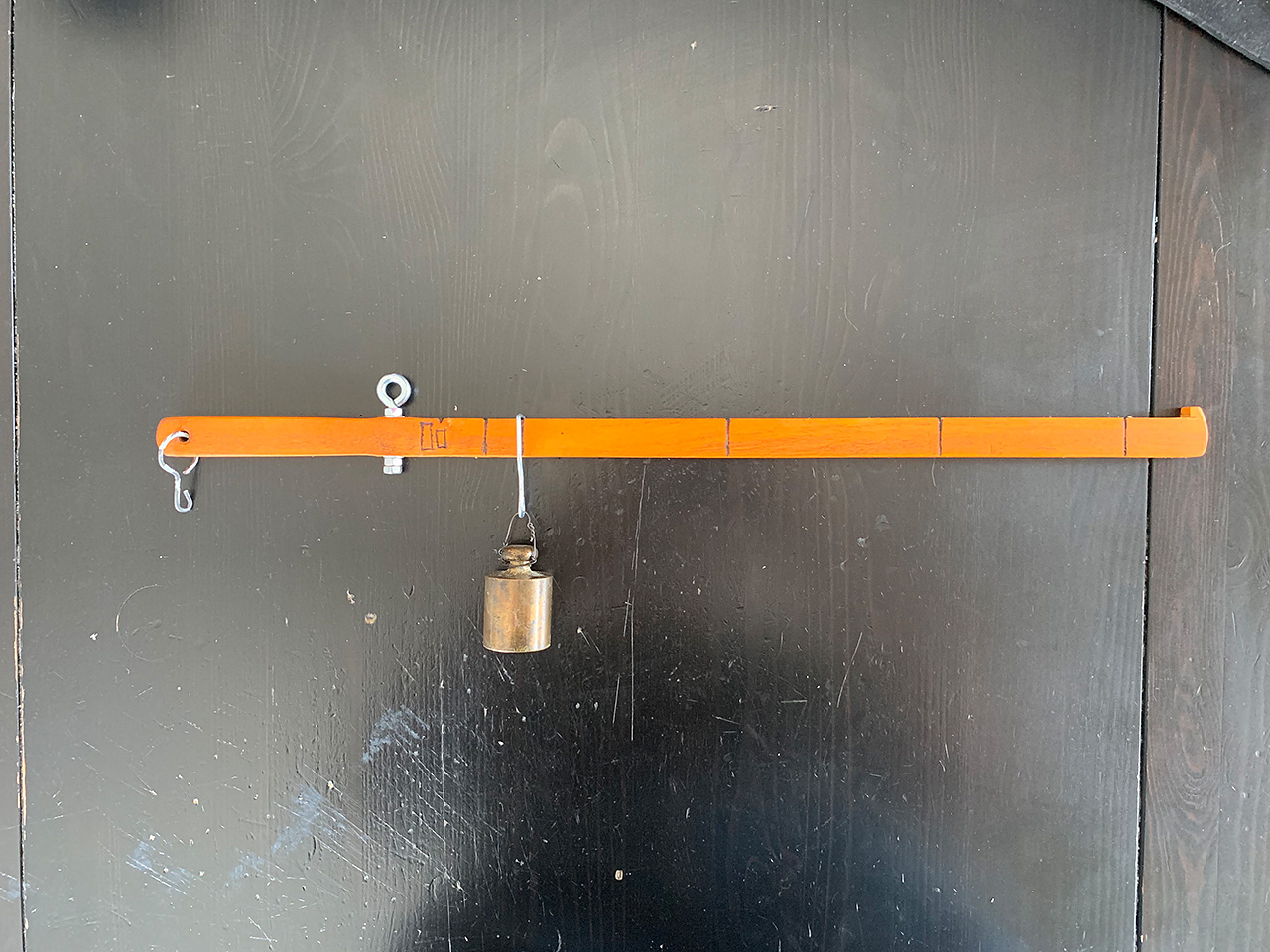 I wanted to try to build the simplest possible balance scale because I saw one being used in an internet video (1:01).

The principle is known since the ancient world (thus, in german it’s called “römische Waage” – “roman scale”) and it’s fairly easy to do. It’s not known for precision and accuracy, but it’s a nice example of the lever principle in action. I made it “no fuzz”, so just to test it and there’s definitely potential for improvement. It was a fun weekend project and this is how it works: 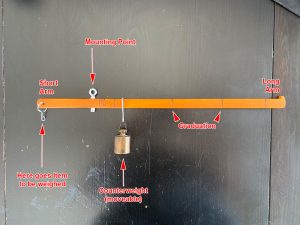 The next version will have a counterweight on the short arm to balance out the bigger weight of the long arm, as well as two mounting points for the items to be weighed to be attached – one with a scale pan, and one without. Also I will make a more detailed graduation.