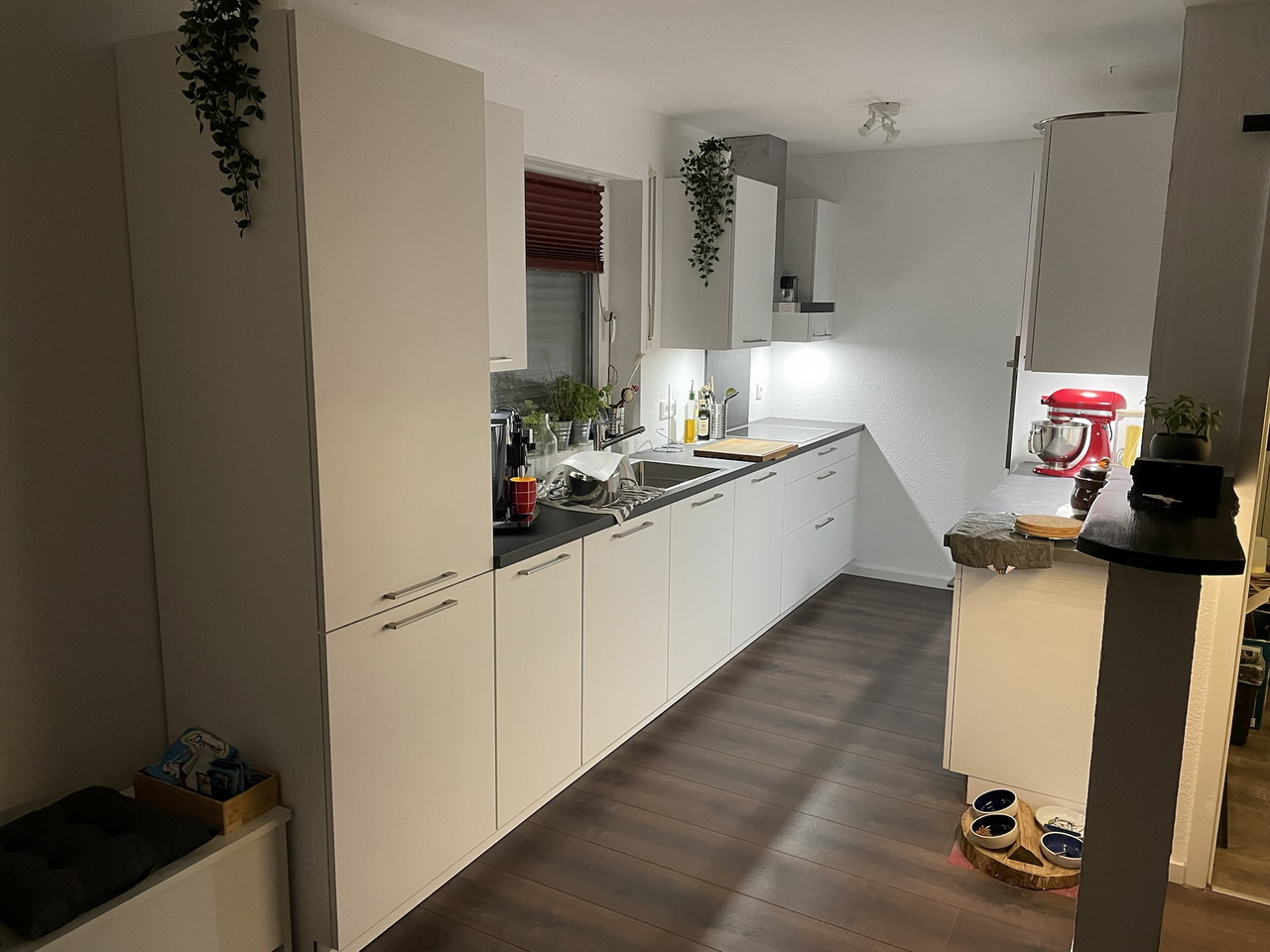 Finally the 15-year-old kitchen in northern germany is completely renovated! It was a lot of work, a lot of dirt and some impatient waiting. Some $$$ too, unfortunately, but it was absolutely worth the ordeal.

Apart from some of the usual hiccups such a modification comes with by default, we also had to deal with a nearly fainting electrician when he discovered that the whole kitchen plus half of the living room was supplied by only one single electric line. So, on top, we also had an electrical installation remodel as well – a big thanks to that guy, since the power lines are now at least safe!

We have lots of storage space now, finally a powerful induction stove with an equally powerful fume hood and –  the big game changer for me – a second countertop. Also, I think it looks nice 🙂