Added a padlock to an ammo tin 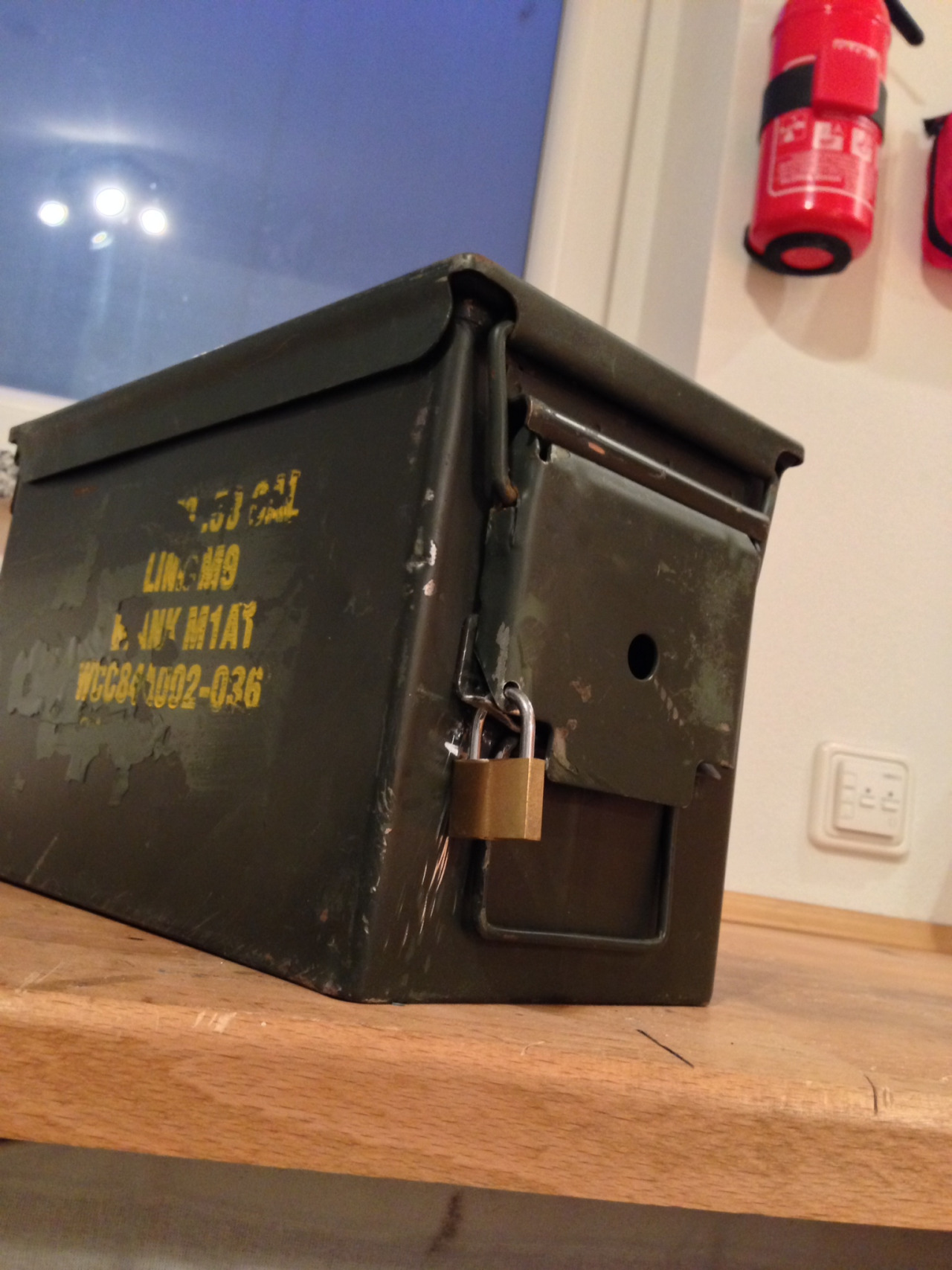 Simple way of adding a padlock to an Ammo-Tin.

First you want to want to find the flap that is under the latch of the Tin when it’s closed. Then grab your hammer and give it some courageous blows from below to bend it up to about 90 degrees (fig. #3 and #4). A strong pair of tongs will help adjusting .

Since you have bent the flap to stand away from the box in a straight angle the latch will no more fit over it. Just take your angle grinder (a small dremel tool did perfectly for me) an cut off a triangle-shaped portion of the latch where it meets the flap (Fig. #04). Do a little filing or sanding to avoid sharp edges. Close your box.

Grab your padlock and hold it to the closed latch to determine where your holes have to go – you don’t have to be too precise in this step (Fig. #04). Mark your holes to drill and begin. Just make sure your drill bit is a little larger than the diameter of the shackle of your lock, otherwise, later it will be difficult to run the shackle through the holes. Again sand or file the holes a little to avoid sharp edges.

And that’s it. Close the box, put the lock in and lock it up.