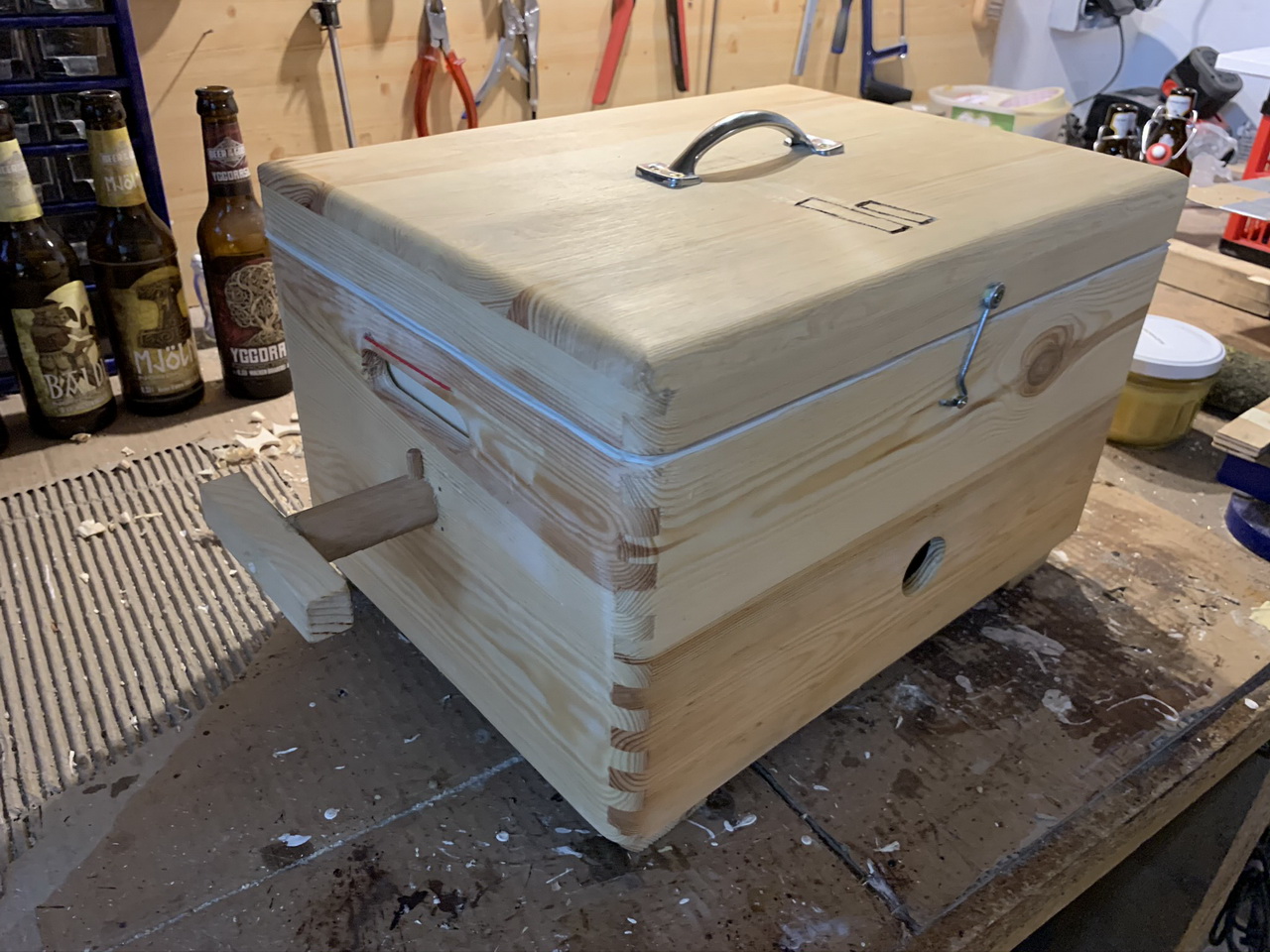 I was fascinated by a japanese blacksmith’s video where this guy was working with a (seemingly) traditional two-stroke box bellows, and as things worked out, my hairdryer that I used as a blower for my coal forge recently bit the dust. So the mission was clear, I wanted to make such a cool box-bellows-contraption myself. After doing some internet research, here’s what I did and what I used:

The idea is a two-stroke bellows, thus it’s pumping air when pulling as well as when pushing the piston rod. Air flow is regulated by four valve flaps that open or close according to the momentary action and guide the air into a side chamber where it can finally escape through the outlet hole. 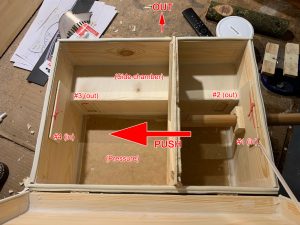 Stroke 1 – Pushing: Flap #1 opens and flap #2 closes by draw. Thus, fresh air is allowed in from the outside. The pressure behind the piston forces flap #3 to open and flap #4 to close, pushing the air into the side chamber and outwards from there.

Stroke 2 – Pulling: Precisely the other way round 🙂

How to make one is pretty self-explanatory and it’s not a too difficult task. I will not state any measurements here, since every box will be different and thus the inner workings will differ, but the principle is clear enough I think, so have fun making your own!