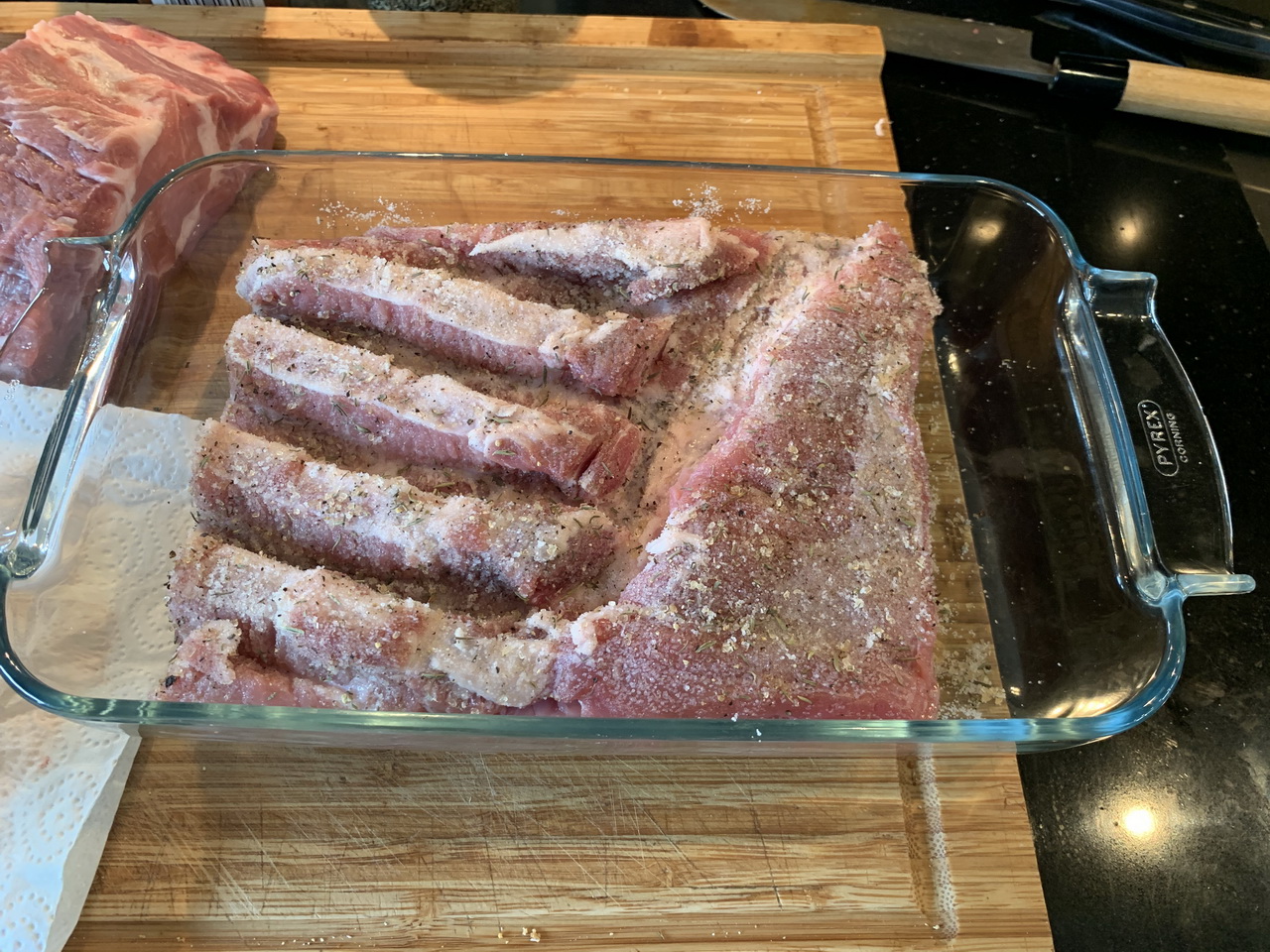 Edit: Now with an image, because I made some bacon today 🙂

So here’s my standard recipe for curing meat that I mostly use. It can be adjusted to personal needs in terms of herbs and spices, but I strongly recommend to stick to the directions concerning the curing salt.

I do vacuum curing: Rub the meat with the curing mixture thoroughly and seal in a vacuum pouch. I let it cure in the fridge for 1 day per centimeter of thickness plus 1-2 days safety. No need to turn it over.

Just my 10 cents on curing salt:

Curing salt as you can buy it ready made here in germany, is just plain salt with an additional 0.5% of sodium nitrate in order to fight off botulism bacteria. Botulism is a real killer that I don’t want to attack me or my family. I know this is a controversally discussed thing but after much reading and pondering, I personally tend to using curing salt for one simple reason. “In former times people only used plain salt without any chemical additions. People did this for centuries and it worked fine!” Correct.

But there’s one clue: In former times plain salt was not pure, it contained a certain percentage of nitrate (and other substances) by default from the production process, so, what we add to the salt today was already in there a hundred years ago (and sometimes in heavy doses…). Also, the normal content of sodium nitrate of 0.5% is considered not harmful – of course only as long as you don’t put it on the grill.