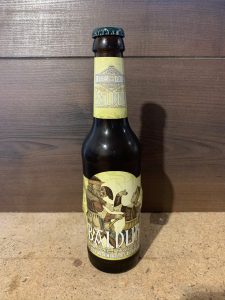 “Baldr (also Balder, Baldur) is a god in Norse mythology and a son of the god Odin and the goddess Frigg. He has numerous brothers, such as Thor and Váli […] Baldr had the greatest ship ever built, Hringhorni, and there is no place more beautiful than his hall, Breidablik […]”

„Baldur“ is a german beer specialty called „Märzen“ (I couldn‘t find a suitable English translation). A beer traditionally brewed in spring and, in order to prevent any possible beer shortages and to make it more long-life, it was brewed with more wort and thus a higher alcohol content. People liked it for some reason… Being that, it is rather heavy (5.5% vol.), very malty and with a noticeable bitterness. Nothing to binge upon but rather to deliberately pour and drink purposefully. Very good.